For years (literally dating back to the d20 Saga Edition), David Villegas, Chris Witt, and Phil Maiewski have been running the Order 66 Podcast about Star Wars Roleplaying and managing the broader d20Radio and Gamernation community. Their podcast is an invaluable resource to any gamemaster, as is the more recent and Genesys Foundry focused podcast, The Forge.

Though the Genesys focused Dice Pool Podcast is no longer producing episodes, its archives remain a valuable resource for players, gamemasters, and content creators.

In addition, the hosts of the Order 66 Podcast and other members of the Gamernation community have produced several adventure modules and a sourcebook through Rancor Publishing Group:

Sterling Hershey is one of the developers of both the Star Wars Roleplaying game lines and the Genesys Roleplaying Game. His blog includes "Star Wars Wednesdays," posts that mostly focus on Star Wars and Roleplaying (though also, more recently, Genesys and its settings).

Blogger and forum member who's been around since (I think) the very beginning with the launch of Edge of the Empire in 2013. Also the principal author of the Unofficial Species Menagerie, a collection of playable species from before the published game line was as large and expansive as it is now.

A blog absolutely full of immediately useful content, both full length supplements and bite sized stat blocks. I appreciate the attention to detail and especially the random tables. Some of the Kainrath modules:

Another long running blog with tons of specific content for Star Wars Roleplaying, as well as a number of PDF supplements for the game.

A Star Wars Roleplaying blog providing extensive tables for inspiration and creative content for use in your games.

A blog focused (like this one) on resources of use to gamemasters. Of particular use are his many random generators for different in-game entities. He has most recently released a multi-generator, which allows random generation of quests, weapons, and adversaries from the same page. 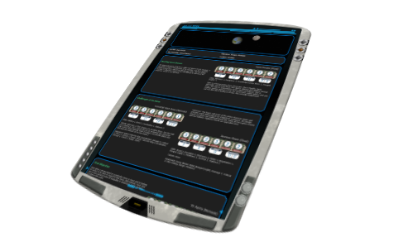 Fragments from the Rim

GM Phil of d20Radio's personal blog. Among other projects, Phil has produced a Genesys setting for the Fallout universe.

Subreddits for both the Genesys RPG and Star Wars Roleplaying are managed by the community.

Official forums for and Genesys and Star Wars Roleplaying are listed under the official links, with the latter separated into Edge of the Empire, Age of Rebellion, and Force and Destiny. The Genesys forum has a number of setting specific sub-forums, and the Edge of the Empire forum has a Game Masters sub-forum. Note the useful pinned threads in the various forums:

The fan encyclopedia of all thing Star Wars.

A very useful web app to input stats for each combatant and initiative roles, dynamically tracking both during combat. The website also contains a few other useful rules reference pages.

This site hasn't been updated in a while, but it remains an extensive index of gear and adversaries published in Star Wars Roleplaying. Note that for full stat blocks of many items, you will still need to purchase the books from FFG.

The Genesys Foundry is a community marketplace on DriveThruRPG. You can create and sell your own Genesys content following FFG's Content Guidelines. FFG also has a list of Frequently Asked Questions related to the Genesys Foundry.

I have a number of projects available for download and/or purchase on the Foundry.

Most of these links are collated from the 'Support' section of the Genesys product page.

Each of the 3 game lines' product pages contain links under its 'Support' section to free adventures, pregenerated characters, and more. The free adventures are sequels to those available in each line's Beginner Game.